Warning: Why you Should Avoid Cellphones During Pregnancy

January 10, 2018January 10, 2018 | adminadmin | 0 Comment | 7:12 am
Everything can kill you these days; from meat to air, coffee to selfies. But did you know that frequent exposure to mobile phones and other electrical appliances increases the risk of miscarriages? This is according to a new study by Kaiser Permanente. 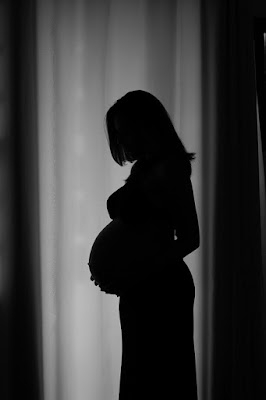 About 1,000 pregnant women from the San Francisco area took part in the study.They wore a device that monitored their EMFs (electromagnetic field radiation) over a 24-hour period. EMFs are normally generated by wireless devices, smart meter networks, smartphones, and cell towers.

The researchers later followed up with the women to find out whether their pregnancies were successful and the results indicated that the women with the highest EMFs exposure were almost 3 times more likely to miscarry that those with the lowest exposure. Other miscarriage risks like history of prior pregnancy failures and alcohol use were considered in the study that was published in the Scientific Reports Journal.

These findings are not definitive enough to prove that radiation exposure causes miscarriages and the authors said that the matter requires more extensive research urgently given how many people are exposed to EMFs in their daily lives. It is possible that other unknown factors could have influenced the women’s miscarriage risks.

Research into the health risks associated with EMFs and mobile phones have been mixed with some studies suggesting that there is no risk e.g. an earlier one that concluded that smartphones are safe during pregnancy, while others suggest that there are possible links to other illnesses including cancer.

As we wait for more conclusive studies, we can all do the little we can to reduce radiation exposure from our cell-phones by following these guidelines from the California Department of Public Health:

A diaper at a time.,
Until we see each other again,

Also known as endometrial scratch, womb scratching has been found to increase the chance of giving birth. The procedure costs less than $100 and takes about 15 minutes. It is

An Australian study has found that a vast majority of women do not achieve a healthy weight during pregnancy. In the comprehensive study that looked at 1.3 million pregnant women

Following a successful study involving unborn lambs, scientists at the Center for fetal Research at the Children’s Hospital of Philadelphia plan to test an ‘artificial womb’ in humans in an