December 14, 2017December 14, 2017 | adminadmin | 0 Comment | 6:46 am
A study on fertility and body composition published in the Journal Human Reproduction has concluded that it may take overweight women 55-59% longer to conceive as compared to their non-obese counterparts. 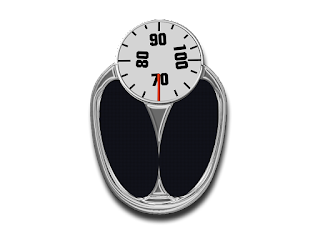 501 couples from Texas and Michigan between 2005 and 2009 were examined, until pregnancy or up to 1 year of trying to get pregnant, for the study. The women were between 18 and 44 years while the men were 18+years. The participants kept a journal recording their menstrual cycles, intercourse and home pregnancy test results. Those who participated were from the general population and not those undergoing treatment for infertility.

The researchers compared the average time it took the couples from the non-obese group to conceive to that of the couples in the obese group. They then calculated the probability that a couple would conceive using a statistical measure known as the fecundability odds ratio (FOR).

When other attributes affecting fertility such as smoking, age, cholesterol level and physical activity were taken into account, the ratio for the obese group went even lower with 59% longer time to get pregnant.

The study concluded that couples’ obesity may affect fertility and specialists may want to take couples’ weight status into account when counseling their clients about conceiving.

More on the study here.

You exercise regularly these days, you watch your portions religiously, and you even turned down that plate of french fries the other day. So, how come you are yet to

A research has shown that adding weight over a number of years increases the risk of getting obesity-related cancers by 20% in women and by 50% in men. The study

Through “Empowering Berna” Project, Merck aims to empower infertile women economically and socially across Africa.  Jackline Mwende was brutally slashed at her home in Masii, Machakos County, Kenya for failing