October 3, 2016October 3, 2016 | adminadmin | 0 Comment | 6:37 am
A new research by the National Institutes of health has confirmed earlier reports that nausea and vomiting is associated with lower risks of miscarriages in expecting women. Though morning sickness has for sometime been associated with a healthy pregnancy, there was no conclusive evidence to support this belief. Until now. 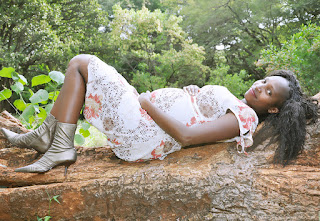 In a study that was published in the JAMA Internal Medicine, Dr. Stefanie N. Hinkle (a staff scientist in the National Institute of Child Health and Human Development’s Epidemiology Branch) and her colleagues analyzed data from a trial that tested whether taking a low-dose aspirin prevented women who’d experienced one or two prior miscarriages from experiencing a future loss. In the trial, the women kept daily diaries on whether they experienced nausea or vomiting from the 2nd to the 8th week of pregnancy. They also answered monthly questionnaires on their symptoms to the 36th week of pregnancy.

Just one more reason to enjoy the pains of pregnancy. Turns out some of them are actually good for you and your child.

When I started living here, there’s something I found hard to understand. People flag down all kinds of cars. Trailers, personal vehicles, matatus, you name it. And funny enough, they

The stigma that follows infertile women more often than not leads to complex and devastating consequences. These range from isolation, ostracism, discrimination, disinheritance, physical and psychological assault and even divorce.

When I delivered my daughter, I was surprised to find that the cute bundle of joy spent more in a month than my husband and I combined. She even increased