Little Ellie and the Fox

August 19, 2015August 19, 2015 | adminadmin | 0 Comment | 11:28 am
There was a little girl once whose name was Ellie. She was an obedient little girl but she was also a little too trusting. Her parents kept telling her to be careful especially when talking and interacting with strangers. She would follow their advice for a few days and then forget about the advice altogether.

Now her grandmother lived the other side of the village. To get to her place, you would have to pass through a bushy winding path. Ellie loved her grandmother very much, and her mother would often send her to take food and other items to her grandmother.

One day, Ellie’s grandmother wanted to make a special recipe and asked for the special spices she would need from Ellie’s mother. Ellie agreed to take the spices to her grandmother, promising her mother that she would run and not talk to strangers along the way.

When she was going up the second hill however, she met a friendly fox. The fox wanted to eat the girl, but when she explained that she was taking the spices to her grandmother, the fox thought of another idea, he would eat both the girl and her grandmother. 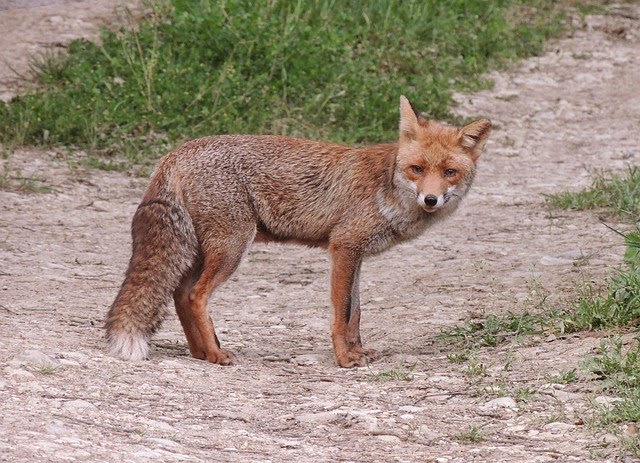 While Ellie walked slowly, picking flowers and running after butterflies, Mr. Fox rushed to Ellie’s grandmother’s house, disguised his voice pretending to be Ellie and had the old woman open for him. He ate her, went to her bedroom, got into her bed and pretended to sleep.

When Ellie got to the house, her grandmother did not come to the door. She let herself in and went to the bedroom. It was darker than usual and she had a problem seeing well but she could see that her grandmother looked a little different.

“Is that you grandma?” she asked.
“Yes, it is me, my little girl,” the fox replied, ” where are the spices?”
“I have them here grandma. But why are your eyes so big today?”
“So I can hear you when you talk to me,” the fox replied.
“Your eyes too. They are so big.”
“Sure they are kid, so I can see you better,” the fox said
“And why are your teeth so huge?”
“So I can eat you,” the fox finally said, springing and lunging its huge body towards little Ellie.

The poor little girl screamed out in fear and tried to run towards the door. The fox followed her. Luckily, an old man who was cutting down a tree nearby heard the scream and rushed to the house. He got there just when the fox was about to grab little Ellie. Using his axe, he slit the fox’s throat and it dropped dead. When its tummy was slit open, Ellie’s grandmother came out.

From that day on, Ellie promised to always listen to her parents and be careful when talking to strangers.

Get an amazing 68% discount on this Chucky Seed Of Latex Mask this Halloween. The Halloween mask whose list price is $72 is now going for $22.97. That is an