How Mama Mboga is Killing Your Family Slowly 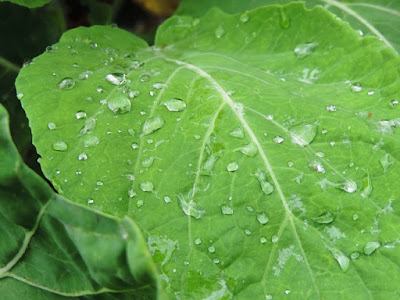 I have picked a few skills here and there in my lifetime. One of those skills is cutting Sukumawiki like a pro. You know how they do it in your local Kibanda? Yeah, I can do that. Fortunately or unfortunately for me,I also learned a few things in the ‘kibanda industry’ that changed how I look at the plate on your table. I’ll share them here today.

My favorite uncle lives and works in Githurai. He is a typical Kikuyu guy; a Jack of all trades. He’s a farmer, a broker, real estate agent, a businessman and anything you want him to be. During my four year study period at Kenyatta University, I adored my uncle and spent most holidays at his place.

There’s a small stream between Githurai and Kahawa Wendani, those who have used Thika road will know it. The stream sweeps through Kahawa west, between kahawa wendani and Githurai and later between Kahawa Sukari and Mwihoko before meandering into the plains to the East. One thing you have to understand about these places is that there are no sewer lines. I know this because I managed a database that records water and sanitation coverage in Nairobi and Kiambu counties for four years. What this means is that the toxicity of this river, just like any other river in Nairobi is staggeringly intense.

Several miles downstream, the small river breaths life to vegetable farms that feed the people of Githurai and its environs. My uncle owned a small patch of land here.

My first visit to the place left me breathless, everything was green and fresh. The nutrient filled stream has made the soils very fertile. Money practically grows on trees all year round. Every farmer owned a water pump and pipes to water their plants. They did this early in the morning and late in the evenings. On that very visit, water splashed on my arms. The following day, I noticed that my skin had dried out in some places on my arms and was beginning to peel off. When I asked my auntie, she explained it was the water from the river. I would get used before long, she said. And getting used I did.

Just like a typical Kikuyu, farming was not enough for my uncle and his family. He had to have a kibanda outside his house where he sold vegetables from his farm as well as fruits and vegetables he got from Githurai market. We also supplied vegetables to over grocery store owners. That is where you would find me when you came to buy your supper.

The first thing that would attract you was the freshness of our vegetables. Even during the driest of months, the kales would be as green as money. They look even better when they have water droplets clinging to their surfaces. You would tell me that you needed kales worth 20 shillings and spinach for 10 bob. I would ask you whether you wanted to go prepare them yourself, or you wanted me to cut for you. I’d do this while crossing my fingers, hoping that you would pick the earlier, since I would already be overwhelmed; Mama Shiko, Mama Njoki and Mama Eric would all be waiting for theirs to be cut.

You would tell me that your knife was blunt and that I should add yours to the queue. And would I hurry, please. I would nod and tell you to wait or come after 10 minutes.

There is no ceremony when it comes to cutting sukumawiki in a kibanda. All you do hold a bunch of kales or spinach, dip it in a bucket of water, cut the top off where the strings hold the bunch together, and you cut the rest into thin grass-like pieces. In between the cutting you get a customer who wants onions or tomatoes and you have to place the knife down to free one of your hands, serve the customer and take the money, and then proceed.

The water in the bucket is normally changed; when it becomes too dark and murky. Is this how we prepared our own vegetables? Hell, no! We washed ours under running water after inspecting each and every leaf to ensure that we did not eat caterpillars or snails. Anyone who has done this will tell you that ithe exercise takes ages. It would be impossible for one Mama Mboga to do the same for all her customers. As a matter of fact, she would never sell you her own specially prepared vegetables even if you offered to pay four times the original price.

Once you got home, you would instruct your house girl to not wash them again for we all know that greens lose nutrients when washed after they are cut.If you do wash them, it would be impossible to clean out foreign objects and substances from kales that have been cut so thinly. You would then cook them for just two minutes because you prefer to preserve the vitamins, or just because your husband likes them undercooked. Two days later, your last born has a diarrhoea and is vomitting all over the place and you blame the teething.

Leave alone caterpillars because they are eaten in Central Africa, or snails because whites eat them; next time you want to ask Mama Mboga to cut your kales, think about the viruses like the Human papillomavirus, rotavirus and norovisus; bacteria like E.Coli and Salmonella; parasites like roundworms, Giardia and tapeworm among other pathogens.

Is the 20 minutes you take preparing your own vegetables worth risking your family members’ lives?

When I delivered my daughter, I was surprised to find that the cute bundle of joy spent more in a month than my husband and I combined. She even increased

When we wake up in the morning, boyfriend is very excited that we’ll finally know the sex of the baby. I, on the other hand, just want assurance that the