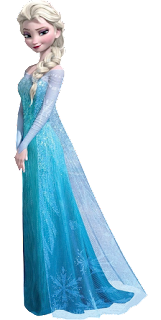 Frozen was easily one of the biggest movies in 2014. It is therefore not a surprise that the name Elsa became extremely popular with new mothers all over the world. In the United States alone,  more than 1000 parents named their girls after the princess in 2014.

Elsa is the sweeter form of the more popular name Elizabeth which means consecrated by God. The name however has different meaning in different countries. It stands for ‘Truth’ in Spain, Sweden and America. It is also an English name meaning ‘God of Plenty’ or ‘God is bountiful’. In Hebrew and Greek, however, Elsa is a short form of the name Elisheba which means that ‘God is Satisfaction’ or ‘Oath of God’.

The name now holds the #286 position in the most popular girls names. Other names in the movie were not left behind.Olaf, Kristoff and Sven all did well.

There was little buzz around the name Anna, Elsa’s sister. The name only moved one position up in the popular name’s list.

I shared a list of  the baby shops I have visited in Nairobi in a previous post, and today I am excited to introduce the Essentials Baby Shop in Parkland

Weaning sucks! Last night was nightmare for me. Since I started weaning my little girl, each day is worse than the last. My boobs were so tender and full I

They say that we make plans and God laughs. While you can plan for things like trips and holidays, some things like getting babies are a little more complicated. This