October 24, 2017October 24, 2017 | adminadmin | 0 Comment | 3:08 pm
Also known as endometrial scratch, womb scratching has been found to increase the chance of giving birth. The procedure costs less than $100 and takes about 15 minutes. It is done by gently scratching the lining of the womb and can be done by trained nurses in a clinic. A small tube, narrower than a drinking straw, goes through the cervix and you don’t even need an anesthetic. A little irritating with a cramping sensation is however expected. 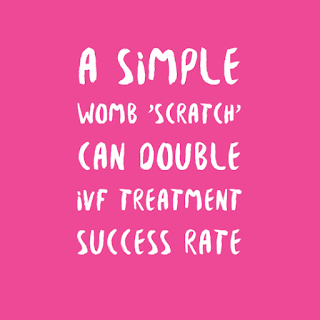 The method was discovered by chance when Israeli scientists studying endometrial cells under microscopes noticed that most of their subjects were conceiving months after the biopsy. The theory was cemented by a study, by Brazillian scientists in collaboration with Dr Nick Raine-Fenning of the Nottingham University Research and Treatment Unit, involving 158 women who had previously received unsuccessful IVF treatments. 77 women received the scratching procedure before the core treatment and of those, 39 conceived with 33 leading to successful births. This is compared to just 23 births from the control group.

Though the mechanism behind the procedure’s success remains unknown, several theories have been floated around; one is that the scratching encourages the womb lining to shed dead cells promoting the growth of new ones and the other suggests that the inflammation caused by the disruption makes the womb lining more receptive to embryo implantation.

When I was pregnant, I was obsessed with week by week pregnancy updates. I was so impatient and eager that I would read a week ahead of my time. If